In his latest book, After Steve: How Apple Became a Trillion-Dollar Company and Lost Its Soul, author Tripp Mickle, a New York Times reporter covering Apple, spoke with over 200 former and current Apple employees, its suppliers, competitors, government officials and more to find how the company has fared after Jobs’ death

When Apple’s co-founder and former CEO Steve Jobs passed away in 2011, all eyes were set on how the tech giant would move forward sans Jobs. Under the leadership of Tim Cook, the COO-turned-CEO, and Jony Ive, the chief design officer, Apple saw many shifts. In his latest book, After Steve: How Apple Became a Trillion-Dollar Company and Lost Its Soul, author Tripp Mickle, a New York Times reporter covering Apple, spoke with over 200 former and current Apple employees, its suppliers, competitors, government officials and more to find how the company has fared after Jobs’ death.  Here is an excerpt from the book:

Jobs’s death hit Cook hard. During one of his first public appearances after taking the job, Cook took the stage opposite the Wall Street Journal’s Walt Mossberg and Kara Swisher for an interview at the 2012 D: All Things Digital conference. The trio took seats in red leather chairs in a hotel conference room in southern California.

Cook was confident and funny, noting dryly that the company, whose reported sales had risen by 65 percent the prior year to $108 billion, was in the midst of a string of a “few decent quarters.” He recounted how the iPad had taken off because of its popularity with customers, educators, and businesses.

“It’s been unbelievable,” he said. “Just a knockout, and I think we’re in the first inning.”

Mossberg gradually shifted the conversation to how Apple was functioning under the new CEO. The tech reviewer had known Jobs well and had attended his private memorial service. He knew better than anyone else how different Cook was from his predecessor.

“Obviously, Apple has undergone a tremendous change, a big loss, with the death of Steve Jobs,” Mossberg said. “What did you learn from Steve as CEO and how are you changing things?”

“I learned a lot from Steve,” Cook said. Then he shook his head and closed his eyes. He gulped. Several seconds passed. With his eyes still closed, he continued, “It was absolutely the saddest day of my life when he passed.” As the room went silent, he stared out at the audience before him, lost.

“Maybe as much,” he said. He stopped again. “As you should see or predict that,” he said. “I really didn’t. At some point late last year, somebody kind of shook me and said, ‘It’s time to get on.’ And so that sadness was replaced by this intense determination to continue the journey.”

Cook quickly broadened Apple’s attitude toward social causes. Less than a month after Jobs’s death, he introduced a corporate match program for charitable gifts, paving the way to direct contributions by the company to the Anti-Defamation League and others. The step contrasted with Jobs’s long-standing opposition to matching and preference to return cash to shareholders, who could donate as they saw fit. But it was in line with Cook’s own track record of volunteering at a local soup kitchen and funding scholarships at his alma mater, Auburn. The change immediately generated goodwill among staff, and his company-wide emails that began “Team” augured a more inclusive, communicative style than his predecessor’s.

Not everyone was reassured. Silicon Valley leaders predicted that Apple would falter. Loyal customers worried about future innovations. And Wall Street fretted about the road ahead.

Cook ignored the noise and followed Jobs’s advice: “Don’t ask what I would do. Do what’s right.” He continued waking up each morning before 4:00 a.m. and reviewing sales data. He drilled down into small details, discovering through questions that one model of iPhone was outselling another in a small city in Georgia because the AT&T stores there were running different promotions from those being run in the rest of the state. He held a Friday meeting with operations and finance staff, which team members called “date night with Tim” because it would stretch for hours into the evening, when Cook seemed to have nowhere else to be. For the most part, he focused on business and operations and avoided meddling in the creative areas of the business that Jobs had led, such as design and marketing. He declined invitations to join meetings with the software design team, and he seldom swung by the place where Jobs could be found daily, Apple’s design studio.

“I knew what I needed to do was not to mimic him,” Cook later said of that period. “I would fail miserably at that, and I think this is largely the case for many people who take a baton from someone larger than life. You have to chart your own course. You have to be the best version of yourself.”

Doubts simmered at Apple about his approach. Soon after becoming CEO, Cook planned to announce that employees who had spent ten years at Apple would receive a commemorative gift: a crystal cube with a recessed etching of the Apple logo. It had been created by Ive’s design team, and—just like every other product Apple made—it came in a custom box and unique packaging. Usually, the design team watched with eagerness as Jobs, who appreciated every aspect of what they did, enthusiastically unboxed their latest creation like a birthday present. The showmanship infused an extra dose of magic into what they made. They hoped that Cook would do the same.

After staff members packed into Town Hall, Cook told everyone about the award. Then he matter-of-factly held the cube up for everyone to see. It was less like a magic show and more like an elementary school show-and-tell. The designers looked at their new leader with horror and wondered, Does he get it?

That was when they knew things were going to be different. 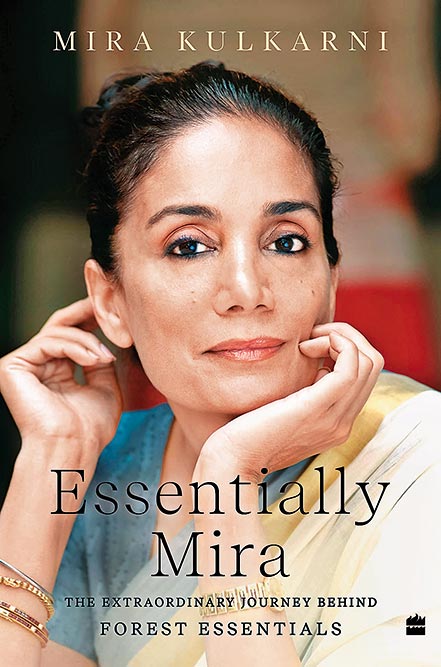 As a single mother, what does it take to build a widely popular luxury beauty brand from scratch? Author and founder of Forest Essentials Mira Kulkarni has the answer.

Build: An Unorthodox Guide to Making Things Worth Making

After seeing his fair share of failures, the author, inventor of the iPod and iPhone, pens down his views on what works and what doesn’t to build iconic products

Just Keep Buying: Proven ways to save money and build your wealth

The author, a finance blogger, tries to answer the tough personal finance questions while showing his readers how to build wealth efficienty

Through the words of some well-known names in the world of business, the author gives the readers a new perspective on management