To what extent does gender become a liability or a hurdle in the path to success? In her book, Anita Bhogle draws from experiences of women who made different career-related choices, from aggressively marching on to compromising on the job profile or giving it all up for the sake of family duties, to prepare a narrative on the challenges they face

What started off as a movement for equal rights for women has now matured into a call for greater equity. Equality is about treating all people the same but equity involves acknowledging, understanding and accepting differences and seeing how companies can benefit from diversity. At the end of the day, women are different in that they have different needs. That does not make them less equal. What it does require is that we relook at systems that have traditionally been designed keeping only men in mind. Sometimes, some amount of tweaking makes a process or policy compatible across genders, but at other times, the issue needs to be addressed with new eyes. I remember reading interviews of a number of women who broke the glass ceiling in various sectors and they all had amusing stories about how when they joined work, there were no toilets for women. Typically, offices in the old days had the wall-hung urinals that catered to an all-male employee base. Now, no amount of changing the height or size or number of these urinals would make them suitable for women; you just need differently designed toilets! While women did get toilets specially made for them, the minor modification solution seems to be a popular approach when trying to make things inclusive. There are also several issues like safety, sexual harassment and maternity leave that are faced by women alone and their inputs must be taken into consideration while framing policies.

There is a growing realization that diversity without inclusion has no meaning. Since bias is the primary reason for non-inclusion of minority groups, many organizations are putting their employees, both male and female, through sensitization programmes to help them understand unconscious bias. As the term suggests, often the behaviour of individuals has less to do with mala fide intent but is rather a by-product of patriarchal conditioning and systemic sexism. Interestingly, men report that these kinds of programmes at work are eye-openers and help them on the home front as well, as they start appreciating their wives more. Many mothers find their daughters calling out their fathers for sexist remarks or treating their mothers unfairly. There is a greater chance that fathers would listen to daughters than to wives, which is what makes this all the more encouraging in our efforts to create an equal world.

Deepali Naair tells an interesting story about how even women can be guilty of unconscious bias. In 2016, when she was on a break, she and a colleague were planning a CMO conference and started drawing up a list of invitees. When the entire list was done, they noticed that there were no women on it. In this age and given her personal commitment to diversity, someone was bound to point it out. It was not as if there were no women CMOs. Some of them were less visible women and, therefore, not top of mind. They needed to be consciously included.

‘No one ever says they don’t want women; sometimes it is just unconscious bias,’ she says. ‘Just like when you are looking for carpenters or drivers, the first names to come to mind are male.’

The only answer to break this stereotype is to have more women in these positions so that they are more visible. More women on interview panels for selection and promotions will also enable a fairer chance for women candidates. Asking the question ‘Why don’t we have enough women?’ in as many forums as possible will help keep the issue alive in the collective consciousness of the entire organization.

In fact, this process needs to start even earlier than the workplace. While we rejoiced in the statistic that 25 per cent of the IIMA batch is made up of women, I was aghast when Prof. Promila Agarwal mentioned to me that less than 1 per cent of the case studies that are used in class had women as protagonists! I am happy to see that this is now being corrected.

It is not as if men don’t want to have more women as colleagues. It is just that they are not inconvenienced in any way by the existing system and its unspoken rules. Changing it in a way that it becomes more inclusive is too much of a bother, something that will require considerable sensitivity and personal initiative. Currently, most men are happy being ‘mentally feminist’ and believing that all is well with the world.

Measures to Bring about Real Change

Introducing practices that prevent unconscious bias and ensuring a level playing field are two ways by which organizations can advance their diversity agenda. Hiring on the basis of blind CVs, where the name and gender of the applicant is hidden, is one such practice. Target recruitment, which involves taking care that while hiring, you include colleges that have a large number of women, is another. Consciously ensuring that women get to face a variety of challenging roles rather than making allowances that they don’t need or assuming they won’t be able to do it is yet another. Correcting the imbalance in a system that is geared essentially towards men would itself do half the job. For the rest, some amount of corrective action might be required if we want to hasten the process.

Ideally, all policies should be screened through the diversity lens to make sure that they are free from any bias and offer equal opportunities. 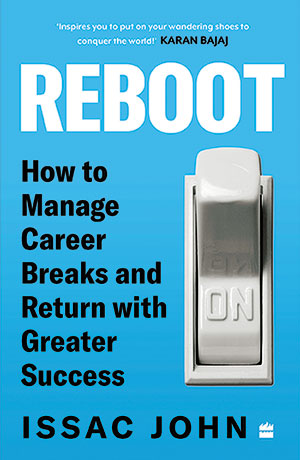 The book explores the ups and downs during a career break, drawing from experiences associated with it. The message here is: no matter the odds you are up against, a career break is always temporary, and, in many cases, it can even prove to be life-changing.

Doglapan: The Hard Truth about Life and Start-Ups

The book is the unfettered story of Ashneer Grover—the favourite and misunderstood poster boy of Start-up India, where he pens down a raw and honest memoir of his life and circumstances.

The author reveals secrets to help you transform your life. From diet and routine to start-ups and investing, these seven unconventional rules will set you free, not just financially, but also to reveal your best self.

The school teaches you how to run in the race, not how to win; which is what Shamani attempts to do in his book. He packs it with advices gleaned from his own journey as an entrepreneur and content creator.