Whether India focuses on the manufacturing or services sector does not matter. The only thing that will in the coming years is whether an Indian’s average income is two to three times the global average

I have a dream,” thundered Martin Luther King in 1963 in Washington; so did India’s missile man A.P.J. Abdul Kalam. And, Prime Minister Narendra Modi is the latest entrant in this list. Often said with the same fervour, in 2011, then president Kalam dreamt that India would become a developed nation by 2020. The condition was that India must grow at 10–11% every year for a decade. Kalam’s euphoria about India’s growth potential did not materialise, but Prime Minister Modi has given a more realistic vision of making India developed. He has given his dream 25 years to come true. Which means that by 2047, in the 100th year of India’s independence, our country will be what it should have become by 2020.

Will the dream of making India a developed nation come true this time? Let us hear it from the people who matter. Outlook Business, in this special edition, brings you experts who debate the path to this dream.

While there is no standard definition of a developed nation, it is certain that a developed nation will not have its population dependent upon free food grain to remain above the poverty level. Currently, 80 crore Indians are surviving on the free food grain scheme Pradhan Mantri Gareeb Kalyan Yojna. As things stand today, despite being the world’s fifth largest economy, India is home to the largest number of poor in the world and has extremely low ranking in the human development index.

From the slow pace of economic reforms and overcoming the mistakes of early policymaking of the 1950s to a changing world order since the global financial crisis of 2008 and now the disruptions of the pandemic and the war in Europe, the reasons for India’s predicament are many, and so are the challenges of growth.

A major role in a nation’s economic rise is played by its young workforce. The four Asian Tigers—Singapore, South Korea, Hong Kong and Taiwan—benefited from the rise in their working-age population between the 1960s and the 1990s, a phenomenon which played out in China between the 1980s and 2000s. In the case of India, it was expected to play out similarly, as the country entered a 37-year period of demographic dividend in 2018. But, unlike the East Asian nations, India is struggling to provide jobs to its youth. India’s labour force participation rate was just 46% in 2021, compared to the global average of 60%. Currently, India falls in the category of a low middle-income group of nations, hoping to reap its demographic dividend to enter the group of upper-middle-income countries, like China, Malaysia and Thailand. 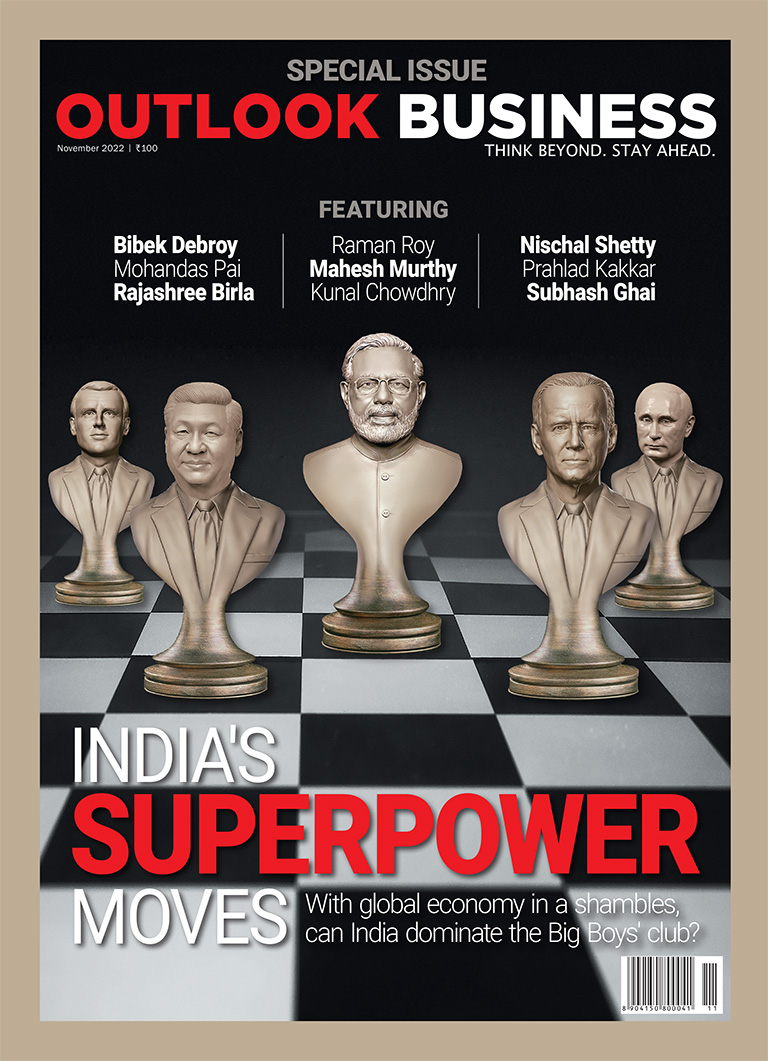 Closely related to workforce are the key factors of women’s participation in the workforce, per capita income and education. Our columnists analyse all three aspects.

In the 1990s, when India decided to liberalise its economy to attract foreign capital, the country’s policymakers made an unusual choice for economic growth. Instead of focussing on manufacturing, which was the path taken by the Asian Tigers in the preceding decades, India chose to focus on the services sector. Relying on the growth led by the white-collared services sector allowed India to create a substantial middle class fast, which further attracted foreign capital chasing India’s consumption story. But, it benefited only 10% of the labour force, making India’s growth story exclusive to its English-speaking elite who were educated at its premier institutes. And thus began the story of India’s IT sector. But, will it reinvent itself to usher in another wave of growth? Eminent columnists analyse the chances.

Despite criticism and economists urging successive governments to invest in manufacturing, it is easier said than done, especially at a time when global growth is at an all-time low, reducing the incentive for manufacturing companies to invest in technologies that could give higher profits when used with economies of scale. The changing world order has given another chance to policymakers to correct past mistakes. Prime Minister Modi’s pitch of an atmanirbhar Bharat is an attempt in that direction. Along with making in India, Modi has made a fervent pitch for start-ups as vehicles of job creation, innovation and R&D. Our columnists examine the growth case for Indian start-ups.

The social and economic impact of the pandemic has underlined the need for businesses to look beyond profits and aspire towards social justice. As divisiveness engulfs us, eminent writers elaborate on fair business as the only way of doing business in the pursuit of becoming a developed nation.

A former governor of the Reserve Bank of India, who is a strong critic of the Modi government’s economic policies, believes that India should continue to focus on its services sector, as the world is not ready to have another China. His critique is important, because being an advisor to the political parties in the opposition, his views reflect what may be in store should there be a change of government at the Centre in the coming years. Unlike the West, where a change in power does not lead to change in economic policies, India’s record in policy continuity is poor. Add to that instances of judicial overreach and activism that most notably plagued the second term of the United Progressive Alliance government. Not to mention India’s infamous clearance and infra bottlenecks leading to delays and cost overruns of projects.

Whether India focuses on the manufacturing or services sector does not matter. The only thing that will in the coming years is whether an Indian’s average income is two to three times the global average. We currently earn just a third of that.